«The emancipation of all the oppressed and suffering is the vocation of the century».

The time has come when Russian serfdom should be made, if not an European, at least an English question. London, which has become the permanent oecumenical seat of council for all movements of liberty, emancipation, progression, can scarcely remain indifferent to such a question as that of white slavery in Russia1[1].

White slavery in Russia has been too little attacked: perhaps because it has not been defended with the fierce tenacity of Transatlantic slaveholders. For it is to be remarked, that although many of the rich landholders in Russia passionately desire the maintenance of serfdom, no one is found to justify the institution — no one to undertake its defence: not even the government.

It is nevertheless a question of capital importance. Indeed, the whole Russian Question, for the present at least, may be said to be included in that of serfdom. Russia cannot make a step in advance until she has abolished slavery. The serfdom of the Russian peasant is the servitude of the Russian empire.

The political and social existence of Western Europe formerly was concentrated in châteaux and in cities. It was essentially an aristocratic, or municipal existence. The peasant remained outside of the movement. The revolution took little thought of him. The sale of national property had no effect upon his condition, except to create a limited provincial bourgeoisie. The serf knew well enough that the land did not belong to him: he only looked for a personal and negative emancipation: an emancipation of the labourer. In Russia the reverse is the case.

The original organization of that agricultural and communistic people was essentially democratic. There were no châteaux, very few towns, and those few nothing but large villages. No distinction existed between the peasant and the citizen. The rural commune, as it still exists, is the exact image of the great communes of Novgorod, Pskow, Kiev. Moscovite centralization, indeed, destroyed the autonomy of the towns: but the humble word commune preserved its self-government, its trial by jury, its justices of the peace, till after the reign of Ivan the Terrible: that is to say, till the XVIIth century.

The soil was not as yet the subject of individual property: each rural commune held its allotment of land. Each of its members had the right to cultivate a portion of that holding, and each appropriated in effect the fruits of his own labour. Such is still the tenure of thirty million of peasants, de la couronne as they are called. Land, water, and woods were equally unrestricted by any feudal rights: fishing, hunting, and the navigation of rivers, were completely free. Moreover, the members of any commune could leave it and be admitted into another, or settle in the towns. The land was the basis of taxation; but the quality was considered; thus was differently taxed on either side of the Oka and the Volga.

The condition of the peasants of the crown has little changed. The government, far from comprehending the wisdom of the old institutions, instituted for the land-tax a uniform capitation tax, in its very essence profoundly unjust. In some localities the peasants inhabited a domain belonging to a private person. The session of the soil was made not to each peasant individually, but to the body (l’ensemble) of the cultivators, to the commune, on the condition of cultivating it at half profits, or of supporting some other charge or service. The non-proprietary communes were besides organized like all the rest, and the peasant abandoned I them at his own discretion.

It should not be forgotten that the proprietor of this soil thus farmed (loué) had absolutely nothing in common with the seigneur of Western nations. In fact he was nothing but a peasant like the rest, a peasant who had got rich, or who had served the crown.

Russia had never preserved an organized aristocracy: it was much less an institution than a customary fact (fait coutumier), vague and undetermined in character. The few Norman families who

accompanied Rurick in the 10th century to Novgorod, were in less than a century after completely absorbed. The boyards who surrounded the Grand Prince and the appanaged princes, were almost all soldiers of fortune, who had achieved their titles by personal claims, and did not hand them down to their children.

There was no conquering race, and therefore there could be no real aristocracy. But a purely artificial aristocracy was in course of formation; a mongrel, heterogenous aristocracy, destitute of any legal basis.

The appanaged princes, mediatized in the XVIth century, and their descendants formed the first nucleus of this quasi-aristocracy; then came the Tartar Mirzas: then adventurers from all the countries of Europe: Poles, Servians, Germans, Swedes, Italians, Greeks. The boyards and other dignitaries finally surrendered their hereditary titles.

Serfdom was established, step by sup, at the commencement of the XVIIth century, and attained its development under the «philosophical» reign of Catherine II. This seems inconceivable, and it will take many years to make Europe comprehend the course of Russian serfdom. Its origin and its development form so

extravagant and unparalleled a history, that they almost defy belief.

For ourselves, indeed, the monstrous and chaotic disorder of the régime to which we are accustomed from our birth, alone explains the phenomenon. In this institution, as in many others in Russia, there is an indefinable, indeterminate vagueness and looseness, an amalgam of customs not written and not practised; and this strange incoherence it is, perhaps, which renders them less intolerable and more intelligible.

How, indeed, is it possible to believe that one-half of a population of the same race, endowed with rare physical and intellectual faculties, should be reduced to slavery, not by war, not by conquest, not by revolution, but by a series of special ordonnances, by immoral concessions, by abominable pretensions?

Yet this is the fact; and a fact accomplished scarcely a century and a half ago.

On his very countenance the Russian peasant bears the evidence of this strange anomaly of recent growth.

He has nothing (it is the observation of Gustine, Haxthausen, Blazius, and all Russian travellers) of a slave in his features, but only an expression of profound dejection. He is, in truth, unhappy, and knows not his own identity in the strange position to which he is reduced. He has been caught unawares in the toils of the bureaucracy; driven by a blind government, at the crack of the knout, into the ambush laid for him by the seigneurs.

From time immemorial he has settled without fear on the seigneurial lands; he never drew a contract; nay, his master was as incapable of drawing a contract as himself. To this day he never draws a contract with his equals. All his agreements are transacted by a shake of the hand and a glass of brandy, and the act is as binding as if it passed under the seal of a notary. Just in this way companies of carriers used to transport merchandise from the frontiers of China to Nijni, without even a way — bill of the goods.

Deprived of means, destitute of organization, the old Moscovite administration scarcely ever reached the peasant; all it looked to was, that the taxes were more or less regularly paid, and its power not disputed. The peasant lived peaceably enough

under the shelter of that charter given him by nature in Russia — protected by the impassable morasses, by the impenetrable and roadless mud. The State cared nothing for the peasant, or the peasant for the State. While he was dragging on this tranquil and reckless existence, an usurping czar, Boris Godounoff, and a few petty seigneurs, seduced by the example of the German chevaliers, who had introduced a cruel serfdom into their Baltic possessions about the end of the sixteenth century, fastened on the commune fetters drawn more tight from day to day. First, the right of passing from one commune to another was limited: it could only be exercised on one day in the year, on St. George’s day (Youri). Some time after, the privilege of that single day was abolished, without, however, as yet putting the personal rights of those cultivators of the land in question. Finally came a grand master, Peter the Great: he rivetted the chain by clasp formed à l’allemande.

Employés of the State, fresh shaved, bearing the titles of Landrat, Landfiscal, and I know not what other Swedish or German designations, scoured the villages, ridiculously costumed, publishing everywhere an edict, written in a balderdash of mangled Russian. These functionaries proceeded to a census; then they gave notice «that the dwellers on the seigneurial domains would be adscribed to the land and to the seigneur, if within a given delay they did not protest». The advent of those strangers in bizarre dresses had perhaps thrown the peasants into a state of vague apprehension: they were quite glad to see them go away without having done more harm! They had no notion of what was being said and done by those harmless visitors. Not only had the people no notion of what was going on, but the government itself knew nothing, and to this day is utterly blind to what it has done, and to what it maintains.

Neither Peter the First, nor his successors, nor his predecessors — in short, no one has ever explained what these words mean — «To be adscribed (fermes) to the land and to the lord».

«I am quite sure», wrote the emperor Alexander with his own hand, «that the sale of serfs, without that of the land, has been 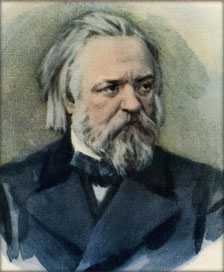